How to know you need a side hustle 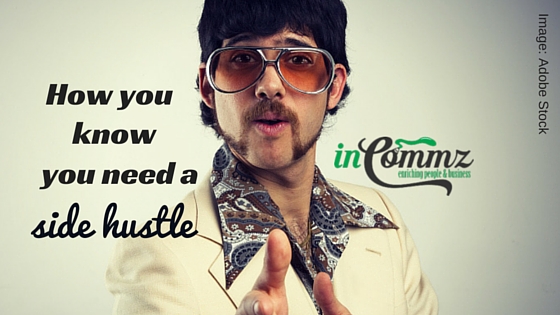 [social_warfare]Ironing is not everyone’s favourite way to spend an afternoon, but it’s one of mine.

Tapping into my inner OCD control freak, I love bringing all those crushed clothes back to pristine, newly shaped and sharp and ready to wear, as I work on my daisy ironing board cover.  Then, seeing all those uniforms, shirts and dresses hanging up off perfectly matched wooden hangers, well, I just relish the order of it all.

Apart from my pre-disposition for order generally, I think this penchant for ironing actually came about from the year I spent working as an au pair for a German family in Switzerland.  I mean, they took ironing and order to a whole new level.  Some of that must have rubbed off.

But neat piles, crisp fabric and wooden hangers aren’t the only reason I enjoy ironing.

I love it because I get totally uninterrupted time to listen to an hour or so of content on a topic of my choice because ain’t nobody gonna come near a person ironing.  In a household of boys, a fear of ironing contagion of Last Ship proportions is enough to keep them away and leave me listening in P+Q. 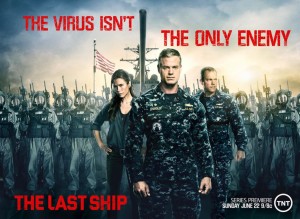 Yesterday was no exception.  I spent a blissful hour taking in a Social Media Examiner podcast from early 2015 (yes, still catching up),  The show’s host, Michael Stelzner was talking with Seth Godin about his (then) new book, What to do when it’s your turn (and it’s always your turn).

If you’re in marketing, you know Seth Godin.  He is like the Steve Jobs of creative marketing and doing things differently.  People hang off his words and deeds; they love his creativity and ingenious. You know, there are probably a bunch of people who even want to be Seth Godin.  Like being John Malkovich, when that was cool.

But listening to his interview, at no point did I get the sense he was after a pedestal.  No way.  What he is after is the opportunity to impact people and cause change.  That’s why he does what he does.  He is a man on a mission who’s great at the marketing.  He gets communication.  The modern marketer’s messiah, kind of.

Okay, I’m building the guy up, but he made some salient points in the interview, which prompted me to share.  Seth talked about evergreen concepts like:

#1 If you’re going to do anything, make sure it’s big enough

So that thing that maybe you’ve had in mind, it needs to be big enough (like the reason you’re here on the planet big) because for sure there will be times that you end up (what my friend calls) “getting passed through the strainer”.  If your thing isn’t big enough, you won’t make it through the other side of the strainer.  Your internal naysayer, external critics, fear, doubt, and the ‘what if’ worries will stop you well short of making it through.

#2 Anyone can do what he’s done

Anyone? Yes, anyone.  Even you.  If you’re prepared to do the work.

Damn work thing!  I can hear you asking now, “You mean it’s necessary to put in the hours, weeks, months, even years to build an audience, understand what’s important to them, AND connect on many levels?”  Crazy!

And the final Seth work wisdom that warrants sharing here.

#3 Arguing the case for should v. what

It sounds like a precedent in law doesn’t it, and for many of us, it will be argued as ferociously in our heads.  Should I do this ‘thing’ that’s rumbling around in me because I need to, because it’s why I’m here?  Because I want to make the change in myself.  Because it’s fighting it’s way out of me.  OR.

Do I accept there is a ‘thing’ inside me that’s rumbling around AND that I’m going to do something with it AND ask instead, what will I do to bring it to life?

So all this leads me to point of this post, which is, how you know you need a side hustle.

What’s a side hustle?

Yes, really.  To get on these days, you need a side hustle.  I love this term, which I first heard about in Pamela Slim’s book, Body of Work: Finding the thread that ties your story together, because it invites us to starting running our own show.  This is an important step forward for a lot us people who’ve perhaps lacked the confidence, need or interest to do otherwise.

Pamela’s rationale for the side hustle is this: in these days of corporate uncertainty (when hasn’t there been?), there is great value in investing thought, time and effort into developing your own ‘side hustle’. 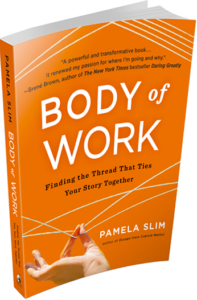 Now maybe you have an idea about what that might be and maybe you don’t, but Pamela poses some pretty sensible logic.  If there’s no guarantee at work – and you know there isn’t (I don’t care how busy and important you are) – then it can’t hurt to look at options outside of work as a back up plan or just because.

Some people call this “what I do with my free time”.  Pamela calls this thinking ahead.  My mum calls this staying in charge of your own life and circumstances.  Doesn’t really matter what you call it; it just matters that you do it.

How do you know you’re ready for a side hustle?

For sure there are people for whom this concept would be bordering on sacrilege.  They just won’t go there.  I know because I’ve worked with a bunch of them.  If you’re reading this, you probably have too.

They couldn’t possibly conceive of doing something other than what they’re doing.  Trained in a particular profession, the idea of working outside that box is a complete anathema until it’s not.

Like when life moves on them.  Maybe they get made redundant or their hours are cut back or the business they’re working in goes down the tube.  Or maybe they just stop loving what they do and start not caring about what they do.  If you’re in that spot, then guess what?  Time to get a side hustle.

Working in the mining game, it’s just par for the course.  But a little acknowledged fact is that in this most recent downturn (now in its third year), a whole generation of mining industry peeps – like engineers, geologists, environmental folk, and on the ground workers – are experiencing a new phenomena because all they’ve known is the boom times.  At least until just a couple of years ago.

Life moved on them and a bunch of people are no longer working in what they were trained for.  During the early dark days, it was nothing to hear of highly qualified and experienced engineers and enviros with loads of experience turning to shelf stacking or mailbox deliveries or just not very much at all, simply because they didn’t know anything other than what they’d been doing.  The plan was, there was no plan.

What does a side hustle do?

A side hustle prepares you for such an event.  Just acknowledging it’s a possibility you may be shown the door because you’re company is “right-sizing” is empowering.  It also helps you ride out that wave that may find you not caring so much what you’re doing at work.  Code for: I’m doing this because it pays my bills and I have a family to support.  Nod if that’s you.

More than just a hobby, as Pamela says, a side hustle gives you the opportunity to experiment, test out new boundaries, try things you’ve wanted to, but haven’t made time to.  You might even make a few bucks, if you get it right.

A side hustle is a back up plan.  Not in a Get Smart kind of way, but in a way that provides options if you need them.

A side hustle can also tool you up to capitalise on the change that’s happening now.  In fact, some (like Pamela and Seth) would argue, there’s never been a better time to start hustling.

A side hustle does not mean you give up your day job yet, but maybe in time it might.

A side hustle means you can be a little more ready should life move on you.  It means flexibility, responsiveness, and options.  All good things that make change manageable.

Some side hustlers I’ve worked with in the last twelve months include an accountant who’s a florist, a corporate social media guy who moonlights doing his own thing, a corporate marketer who does graphic design, and an electrician who loves lighting up cars.  These people are still working their main game, but they’re also hustling on the side, and loving it.

I agree it’s not the first time in history there’s been a downturn or that commodity prices have looked more bear than bull, and there’s every chance that China will start buying steel again and the whole world will turn smoothly on its axis again.

But what if it doesn’t?  What if you’re meant to be doing something different?  Like making a change because you’re listening to the idea that’s trying to get out.  Like caring enough about a something to put yourself out there, because it’s what you’re here to do.

Change is upon us and you want to be navigating your own ship, not the last ship. Ultimately, this becomes part of your story, which is richer in the telling, but more importantly, enriched in the doing.

Have you thought about a side hustle and pursued it?  Has it paid off?  What did you learn?  Share your experiences here because it helps others.

Not a writer but inspired with a purpose and know there is a book inside you?
This free guide is an actionable step-by-step guide to planning, organizing and writing a book with purpose if you are a non-writer and when you don’t know where to start. (And it can help evolve your communication in business and life too.)

I have sent you a gift to help get you on the road to conscious content creation.

In the meantime, visit the Conscious Commz blog to learn more about uncovering you inner Commz genius.